Christchurch Airport opened in 1940 and became New Zealand's first international airport in 1950. It is the second busiest airport in New Zealand after Auckland by both annual passengers and aircraft movements. Operating 24 hours a day, the airport completed a major terminal upgrade in 2013. Run by Christchurch International Airport Limited (CIAL), it employs 240 staff and is one of New Zealand's main gateways to the world.

The challenge - keeping the skies open during earthquakes

After an earthquake an airport is usually the first lifeline for rapid emergency response. Re-establishing and maintaining near-continuous operation is essential. Just a few hours lost can have devastating consequences.

We cannot predict when an earthquake will occur – and they don’t just hit the expected places. For example an earthquake in Virginia, USA in August 2011, an area of low seismic risk, resulted in massive transport and economic disruption as all local east coast airports were evacuated, including major international hubs such as JFK and Newark. 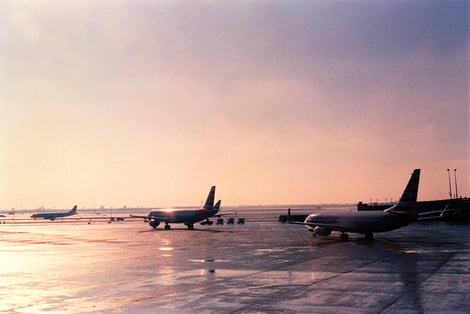 The solution: instant analysis and reporting of shaking levels

From 2010 to 2013 CIAL experienced a major earthquake sequence. Not just one or two big quakes but also the thousands of subsequent aftershocks; common after significant earthquakes but rarely expected or planned for. These included more than 30 quakes with magnitude >M5.0 - a standard criterion for airport closure.

CIAL had to be able to make fast, well-informed decisions about their response to seismic events. After the first Canterbury earthquake in 2010, CIAL installed CSI earthquake sensors for its runway. This gave them instant access to the data they needed to make the right call.

Sensor points across the airport were connected to the central recording system, which instantly analysed and reported shaking levels against airport-specific thresholds for stay/evacuate alerts. Status was displayed immediately in the airport’s Integrated Operations Centre for instant decisions, with SMS and email messages to key operational staff.

The result: minimal downtime through 10,000 quakes

After the major February 2011 quake (that cost 182 lives and $50B of damage in Christchurch), the airport was:

What this meant was that the airport, a vital cog in the rescue and recovery machine, has maximum ongoing earthquake resilience and can continue to provide economic support for a devastated city.

"It gives us a good idea with events," says Vaughan Kirkland, CIAL. "We’ve created a whole response around events and the data that they give us."

The lesson: Sentinel real-time information is an earthquake response game-changer

CIAL was one of the very first organisations in Christchurch to realise the need for better, faster ground shaking information to make better business decisions.   The very successful outcomes for CIAL, and subsequently for many other businesses in Canterbury, were the inspiration for CSI to create Sentinel.  Unique in the world, Sentinel earthquake response and resilience service lets you make smart, fast decisions about your people and property. Sentinel is the technology that ensures you make the right call.  Sentinel instantly calculates your building’s status, sending alerts directly to offices, sites, assets, Alerters, smartphones, and computers.

No installation. No maintenance. No hassle.  No up-front cost.  No delay. Today.

Find out more/arrange a demo